City of London Police use IT Expert Witness Matt Mansell of www.DomainMonster.Com try & Stitch up against Ian Puddick

City of London Police use IT Expert Witness Matt Mansell of www.DomainMonster.Com try & Stitch up against Ian Puddick 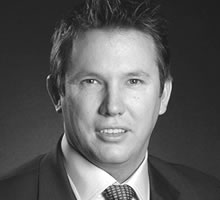 The Counter Terrorism of City of London Police had no hard evidence that Ian had broken any laws. In order to create a case against Ian the Police did the following –

Expert Witness Testimony
City of London Police Counter Terrorism Directorate went to the added expense of asking Matt Mansell a Board member of www.DomainMonster.Com to create an Expert Witness Report on Ian’s website.

Matt Mansell created an expert report which he stated under oath was accurate and true. Mr Mansell tried very hard to create the perception that Ian had acted unlawfully with his website.
Mr Mansell was then cross examined by Michael Wolkind QC using the Expert Report provided Ron Cufley (Ex-Military Intelligence).

Mr Mansell was forced to admit the following ‘nothing in my report actually applies directly or indirectly to Mr Puddick’s website www.policeexpenses.co.uk they are merely hypothetical interpretations of what could have been, but I admit were not’

Ron Cufley Forensic IT Consultant stated the following, ‘Matt Mansell clearly tried to use clever colourful language to create the perception and illusion that Ian had been acting unlawfully with his website. However upon reading my Expert Report, Mr Mansell retracted everything he had stated in his Expert Report.

This is a perfect example of how an IT expert can be used to try and set up an innocent person.

‘Mansell stated under oath and in his Expert Report that he fully supported City of London Counter Terrorism Prosecution of Ian Puddick’. It is worth noting that any expert witness has a first duty to the court – Ron Cufley