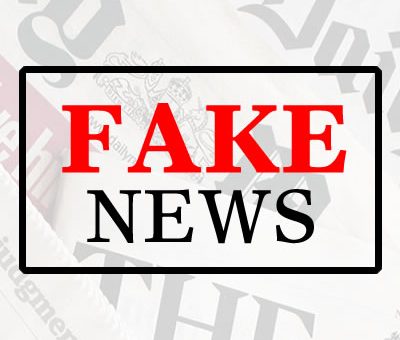 Why did the BBC News and ALL the media report that I had placed 1000’s of messages on social media ie Twitter and Facebook providing details of my partners infidelity with a view to harassing Mr *********** a Board member of Guy Carpenter Re-Insurance. Even creating a website to expose the affair, which needless to say is nonsense.

BBC News Home Affairs Producer Gaetan Portal broke the story that I was cleared, then produced a piece to camera which is demonstrably all untrue, why would he do that ?

BBC Legal Correspondent Clive Coleman (a Barrister) said to me whilst we were waiting for the Judges verdict, the good news is all the journalists think you will be found not guilty and are not exactly sure what you are meant to have done.

Julian Druker of Channel 5 News (at the time) posted on Twitter that he had been in court and heard me admit to posting all the tweets about the affair and Mr *************, he later deleted all of these posts and it was clearly a lie and others that had been at the trial had asked him to show the evidence he claims to have seen.

David Brown The Times met with me and congratulated me on winning, he said everyone had been following my case at the times news room, he reported the same nonsense that the BBC had reported.

The Daily Express, The Sun, The Mirror, The Independent, The Guardian, Sky News, ITV News & C4 News all attended.

Not a single news medium accurately reported the truth despite hearing what really happened in court, why is that? Sloppy lazy journalism I’m told.

The Mail on Sunday included how Kroll has manipulated City of London Police.

After my trial I was inundated with requests for interviews from global TV & Radio news mediums looking for an interview to discuss my online campaign, none of them could find any traces of my so called campaign online. I attended the TV Studios of Brazil TV in London, after an hour of explaining and showing evidence that I had only campaigned to expose police corruption, the interview was terminated.

Film producer Jenny Ash contacted me and took me out to lunch as the BBC were really interested in making a ‘drama’ based on the facts of the case, when I explained what the case was all about, the BBC were not interested.

“I am in charge of Counter Terrorism Operation Bohan investigation. I can confirm that Ian Puddick placed 1000’s of messages on all forms of social media about Mr ************ causing him alarm and distress and causing harassment”

“As the officer in charge of Counter Terrorism Directorate Operation Bohan, can you show the court one example of a post made by Ian Puddick about Mr **********”

“have you or any of the other 16 Counter Terrorism Officers working on Operation Bohan ever seen a post made by Ian Puddick on Social Media, I want a Yes or No answer”

“No, but we believe it was his intention to do so”

If you’re reading this thinking that there must be posts online, it’s just that they couldn’t prove I was behind them, then let me save you sometime. I can assure you there is NOT a single one, not by me or anyone else.

Despite the court being shown evidence of the following, ALL the press reported Sarah Mayo’s lie as a fact. Why did all the media report the Police lie as truth? I will leave that one with you to consider.

Shortly after my case, Sarah Mayo’s sister another fellow police officer lost her job for telling Rape Victims that the CPS had refused to press charges, one victim tried to commit suicide after hearing this lie.

Sarah Mayo was caught drink driving by another police force, she then lied to the arresting officer and said that she was on an undercover counter terrorism operation and that the drinking was part of her cover.

What happened to Detective Sarah Mayo after my Trial ?

Obviously she was promoted, however in June 2018 Sarah was caught speeding by the Met Police, she was breathalysed and found to be over the legal limit, thus invalidating her insurance. Sarah Mayo initially used her City of London Warrant Card which identified her as a ‘Counter Terrorism Officer’ as an excuse and she lied to the officers claiming she was on undercover work.

City of London Police Professional Standards tried to support her as much as they could, dismissing her lies as a misunderstanding, that said they were forced to dismiss Sarah whom had been off duty with ‘stress’ for drink driving. No doubt Sarah Mayo will join another Police Force in the near future and this episode will be a distant memory.