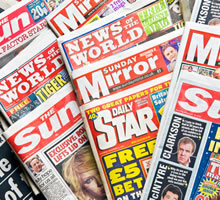 *please note the news paper and journalists have conditionally asked me not to name them until after the trial for legal reasons, when the whole story will be featured.

You have made a 17 minute film about the unusual background of your case, why?

Actually it’s 22minutes at the moment, but the exe producer wants it cut to 17mins (believe it or not, it’s being edited in Panama). I have received a significant amount of interest from the press, celebrities and even the media from as far away as Australia. The background of the case is simple, however it’s complexity comes from the people involved and the relationships and private discussions between them. It’s only when you see & hear what has been said by for example of the president of a global company to the management of private security company and then see how those messages are then interpreted by senior police officers…the story comes alive.

As a Sunday times journalist said, it’s a unbelievable tale of; Greed, sex in the board room and a north London plumber. It’s a public interest story as it exposes corruption at the highest levels in the city of London between global companies and there own private police force.

Your film includes secret documents, unofficial recorded interviews and questionable interviews between some very high ranking people, are you worried about being sued and the legality of how the documents may have been obtained?

Not really, the people behind all this nonsense and I am not referring to the chap bringing the charge against me are extremely powerful, however they have forced me into a corner that I will get out of, if by telling the truth and exposing there corrupt practices (which unfortunately embarrasses them), then so be it. They can’t try and crush me, trash my name, threaten & abuse (we will name names & show the these cowards) and then when I complain about it, they get upset!

When they broke into my home and stole all my court defence paper work they crossed the line. They wanted my defence paper work and most importantly the new video, waiting on legal advice as to when it can be safely placed in the public domain.

When I went to the spectator, I was advised to make copies of everything as these people “will break in to your home for it”, to be honest it sounded like something out of a spy novel, however they were right, I’m just really pleased they didn’t get the new video as this is what they wanted most.

If they want to sue me they can, however if what I say is true and I can prove it, it will be an interesting court case ( and fun). I have little too lose, the veneer of respectability that these people operate behind will be truly removed. As for the evidence I was given/obtained, this obviously is secret.

You have engaged the services of the renowned QC, Michael Wolkind. What does he say about your case and your new video?

The video is on its final edit as we are adding an update on the break in and also a very faint but audible telephone conversation…….let’s say the viewer can make up his/her mind about whose behind it.

How has this whole issue affected your personal and working life?

It has, you will have to wait until the court hearing to find out.

What did Andrew Neil and Andrew Gilligan say when you met them?

You have been charged with creating a threatening and harassing video blog, will you be arrested again for your new blog?

We will have to wait and see, the ‘other person that is bringing the charge against me is not named in the new video’ as it has nothing to do with him, there is reference to him but only in the context to provide the background as to why we are in the current situation and the big organisations working on this in the background.

How do the City of London Counter Terrorism & Major Investigations Directorate feature in the new documentary ?

Who is the most interesting person you have met during your involvement in this case ?

May I name several, David Shayler the ex mi5 officer, democracy & freedom guru Ray St.Clair, PM & MP’s. People from all over the globe have been very kind and supportive, I would like to thank them and just say, stand up for what you believe in, it’s not something us Brits are inclined naturally always do.