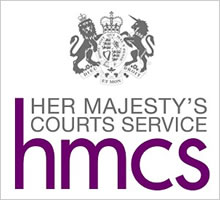 Firstly a massive thanks to all of you who came yesterday, I was quite choked up when I saw how may of you came to support me in court. Thank you. Here’s a picture with some of the “crew”

A little story to relate before I begin …

So, we arrived at Starbucks just opposite the court at around 9AM and Ray St.Clair was already there (www.raymondstclair.com) of course he’s also known for Freedom Rebels. Within 10 minutes others had arrived including Norman Hinks ahd arrived (www.normanhinks.com) and a plethora of other freemen and freewomen including Sid Khan, Len Miskulin a TEN year veteran of the campaigning – 8 months living on Parliament Green (www.dottal.org). So there was a good crowd of us there.

Eventually came the hour for us to proceed towards the court and already there was a Gaggle of Press Photographers and a Film Cameraman from ITN news to cover the event. So as the others went in I gave a short interview for the news TV people and had photos taken by the press.

We eventually entered the court only to find that the public gallery as absolutely tiny and would only seat about 12 – we were way over that number. So by the time the Judges came in there were people crammed in and standing in the Public Gallery. The Judge ordered those who were standing to step out due “Health and safety” issues (Yeah right … humans have been standing for millennia and now its “health and safety” thing!). Eventually some went out and we agreed amongst the public gallery that it would be rotated so that everyone got a chance to see what was going on.

However, just before the judges entered the clerk of the court alleges he saw someone take a picture through the doors and demanded of the security guard that this person be arrested.

So the people in the public piled out, I noticed Ray St.Clair and Norman going after the Security guard at a fair old rate. As I was in the court I only heard the commotion from outside but I am told it went like this.

At first the Police officer in attendance tried to arrest one man accusing him of being the “photographer” and then eventually he changed his mind and settled on a fellow called “Gerry” and apparently as the Constable Grabbed him so did a Mitie Securuty Guard called “Robert” at which point all the Freemen surrounding this leapt in and demanded that “Robert” better let go of Gerry, and clearly seeing that he was pretty much surrounded and outnumbered he left the Constable to cart Gerry off. I heard that Ray St.Clair demanded to know the number of this Security guard to which he got the reply “yeah yeah do what you want” – how arrogant are these people.

Anyway – Gerry was released after 5PM and I know that Ray St.Clair and others are going to help persue a common assault claim against this Robert fellow and stand witness in his forthcoming court case. Of course I will be there!

So .. after that commotion we got on with my case and it quickly became apparent to my QC, that the CPS (Police Prosecution Side) hadn’t got anything prepared and the QC made it clear that this was a case of huge importance to the nations freedom of speech.