BBC Home Affairs Editor Gaetan attended the trial and carried out several interviews with Ian. Gaetan heard the hearsay evidence at the trial and also the defence rebuttal of all allegations made in court.
The BBC prides themselves on editorial independence, however we documentary proof that the BBC chose to misreport this story and here is why:
15 June 2011 15.54

‘Called BBC and asked them to amend the story which suggests Counter Terrorism Officers were involved in the Puddick Investigation’.

The sin of omission

Everything in this report is factually untrue however the BBC chose to report the Police narrative and ignore the salient points raised in this clear case of Police Corruption. 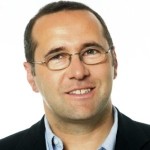 Clive Coleman BBC News legal Correspondent (Barrister) said to Ian whilst waiting outside the court for the District Judge Elizabeth Roscoe to make Judgement on the case;

‘good news Ian, the consensus amongst all journalists here is your ‘not guilty’ as we are not sure what you have actually done wrong’

Why would the BBC ignore a major story on Police Corruption and report a non-existent narrative ?