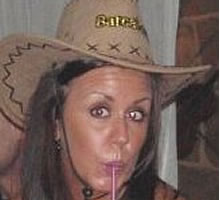 From the Met Police Officer whom had stopped & unlawfully handcuffed Ian Puddick, the officer made no mention of this in his statement.

Ian is only now in a position to officially complain about his unlawful imprisonment as he has been waiting at the location and interviewing witnesses. The officer did not caution Ian nor provide any paper work.

More information about Mayo and the City of London Counter Terrorist Operation Bohan investigation will addressed in more detail in the forth coming documentary.

He was searching the home of Ian Puddick