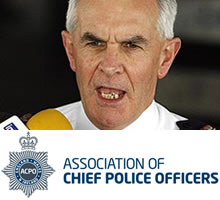 Apparently, in the interests of justice it is cheaper and more cost effective to allow officers to leave than get involved in lengthy costly disciplinary issues.